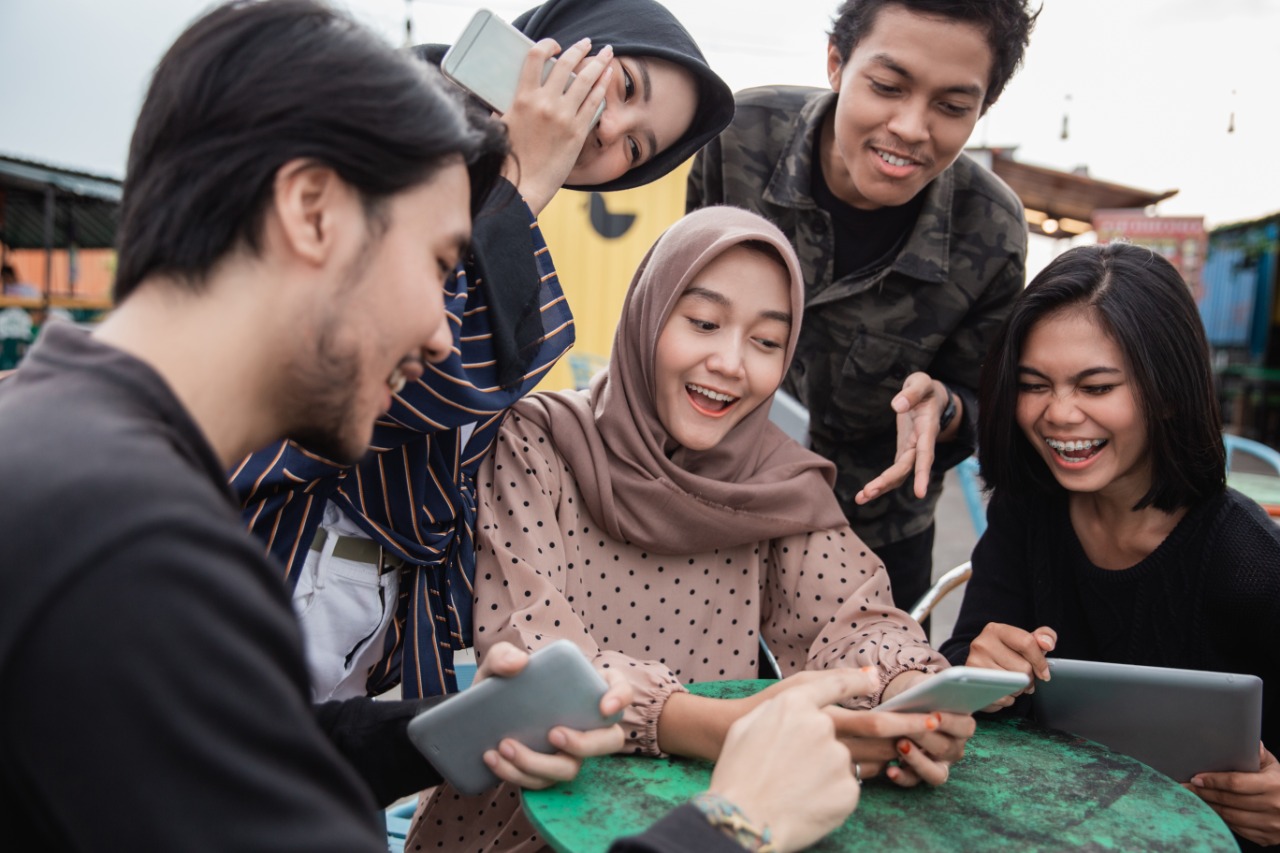 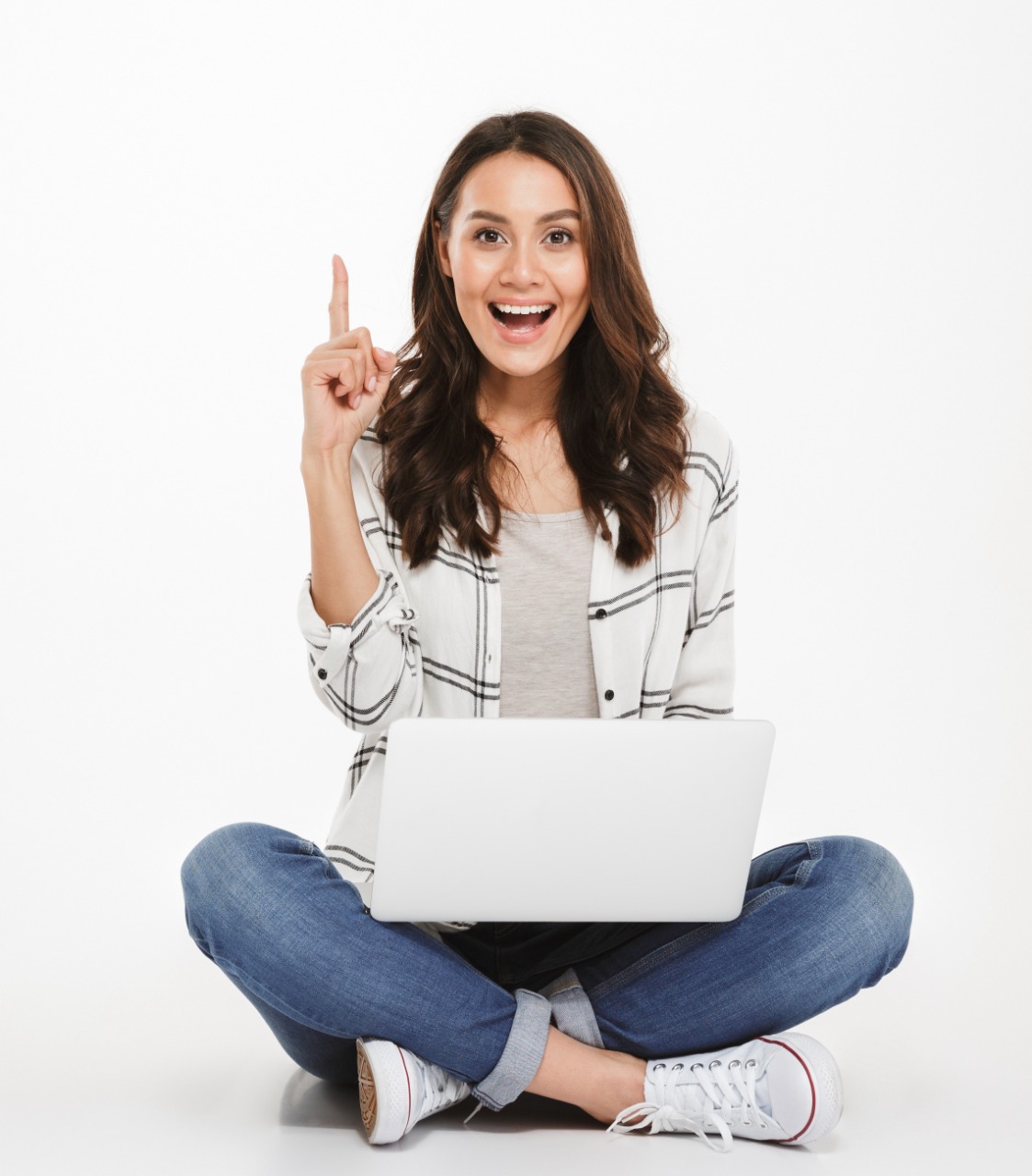 Jakarta: Foreign citizens who enter Indonesia using an Electronic Visa on Arrival (e-VOA) now do not need to process an extension at the immigration office. To be able to stay in Indonesia for the next 30 days, they only need to apply for an e-VOA extension via the molina.imigrasi.go.idwebsite. No need to scan proof of entry (stamp) from the Immigration Checkpoint.

"Foreigners who use e-VOA to enter Indonesia have their data recorded in the immigration system. Thus, they do not need to upload proof of entry on their passport when applying for an e-VOA extension on the Molina (Foreigner Mobility Module) website," said the Public Relations Sub-coordinator of the Directorate General of Immigration, Achmad Nur Saleh, Monday (30/01/ 2023).

The e-VOA extension process is similar to an application made before a foreigner enters Indonesian Territory. E-VOA holders log in to the website molina.imigrasi.go.id, click the 'Extend' button, then follow the instructions listed. Make sure all the data entered is correct.

"Furthermore, payments can be made directly online using a Visa, Mastercard, JCB network, or debit card included in the Visa. After the payment is complete, the foreigner will receive an e-VOA digital document extended via an email address," he explained.

Electronic Visa on Arrival is valid for 30 days and can only be extended 1 (one) time for the next 30 days. Therefore, Achmad advised foreigners who have extended their e-VOA must leave Indonesian Territory before the expiration date.

"If you want to extend through this website, the foreigner concerned must already have an e-VOA and have entered Indonesian Territory," he said. 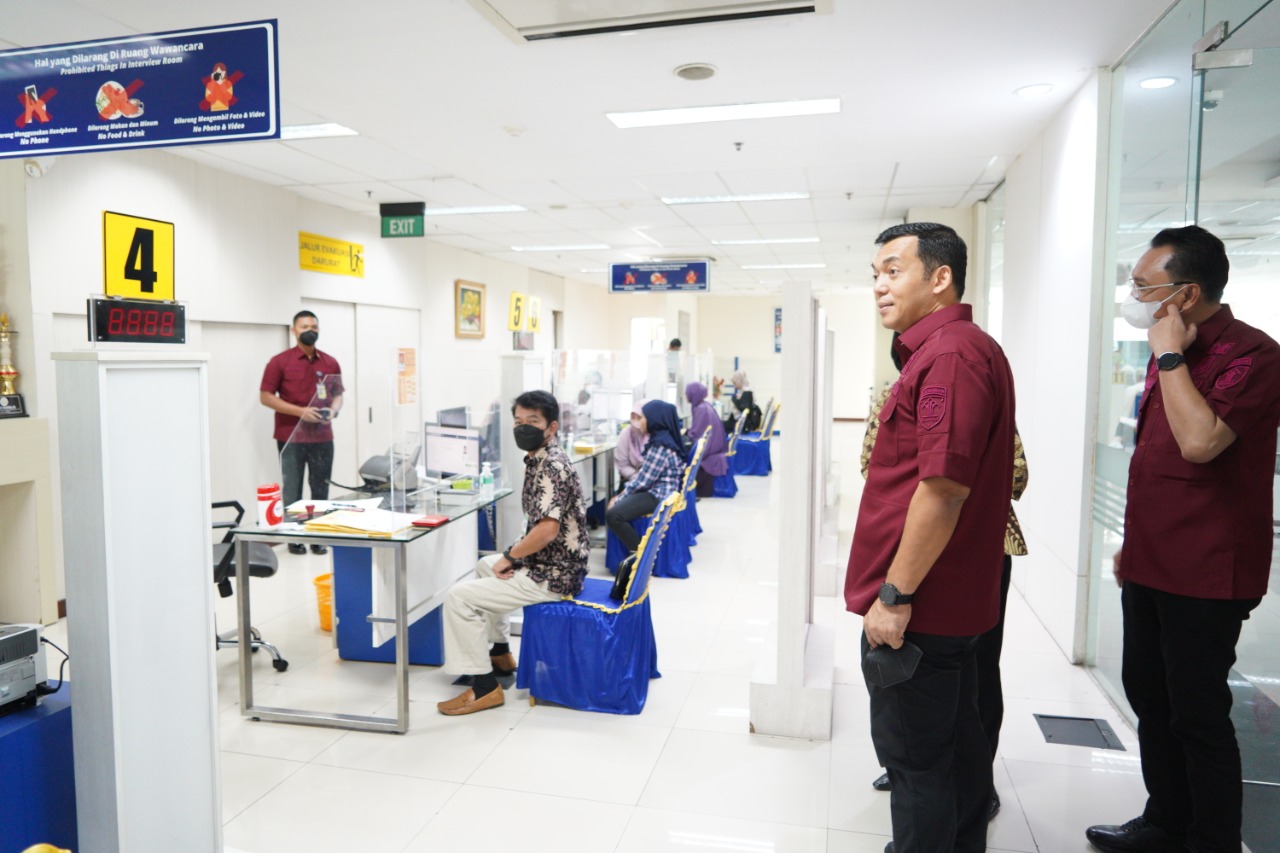 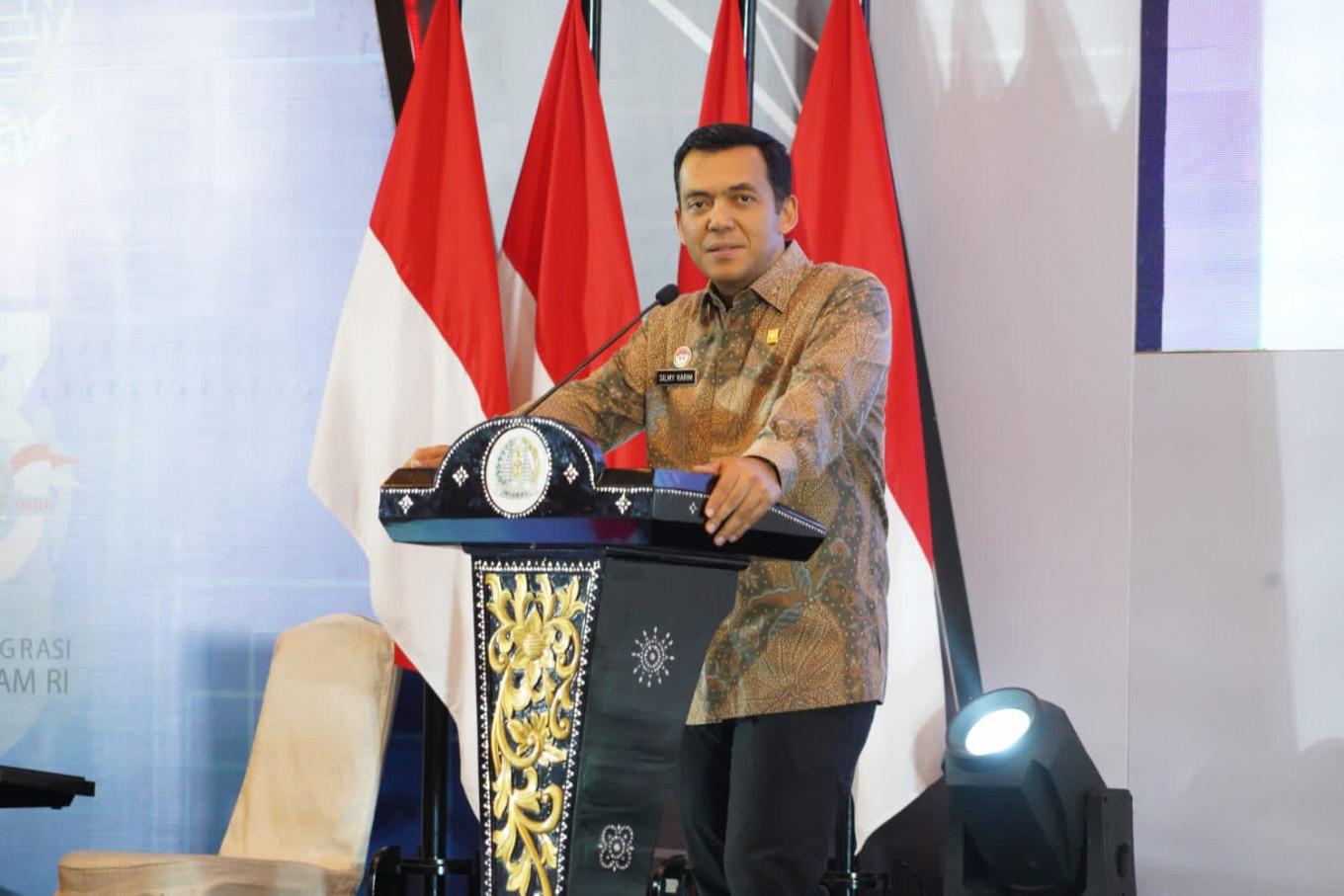 Jakarta: To build a new face of service with the Immigration Customer Experience paradigm, the Directorate General of Immigration (DGI) held a policy brief discussion and preparation on Thursday (19/01/2023) during the National Evaluation and Consolidation Meeting (REKN). To provide public services that are in line with President Joko Widodo's Vision and Mission, Immigration will develop an ideal business process according to the needs and demands of the community based on the applicable regulations.

"From the service aspect, Immigration needs to change the perspective of services. It must be faster, more precise, and more reachable and reduce face-to-face meetings so that the community's need for Immigration services will be arranged effectively and efficiently by the DGI. In this case, a change in digital mindset and digital literacy skills is a must for Indonesian Immigration employees, "explained the Director General of Immigration, Silmy Karim, Tuesday (23/01/2023).

Silmy continued that in the future, Immigration will endeavor to integrate digital-based services to make users easier to access and more convenient. Immigration services in the form of SuperApps are expected to become The New Immigration Experience.

Indonesian Immigration also continues to learn from best practices on how they manage changes in their immigration policies so that they can support their country's competitiveness in the global arena. An example that has been implemented in several countries today is the golden visa policy, which collaborated with investment policies through visa ease incentives that will indirectly impact the national economy.

"Therefore, the National Immigration Evaluation and Consolidation Meeting, which was held at the Shangri La Hotel Jakarta from 18-20 January, were intended to assemble immigration policy inputs that were in line with the vision of the President of the Republic of Indonesia. Our priority is tangible and implementable national development in 2023 to 2024," he concluded.

Public Relations of the Directorate General of Immigration 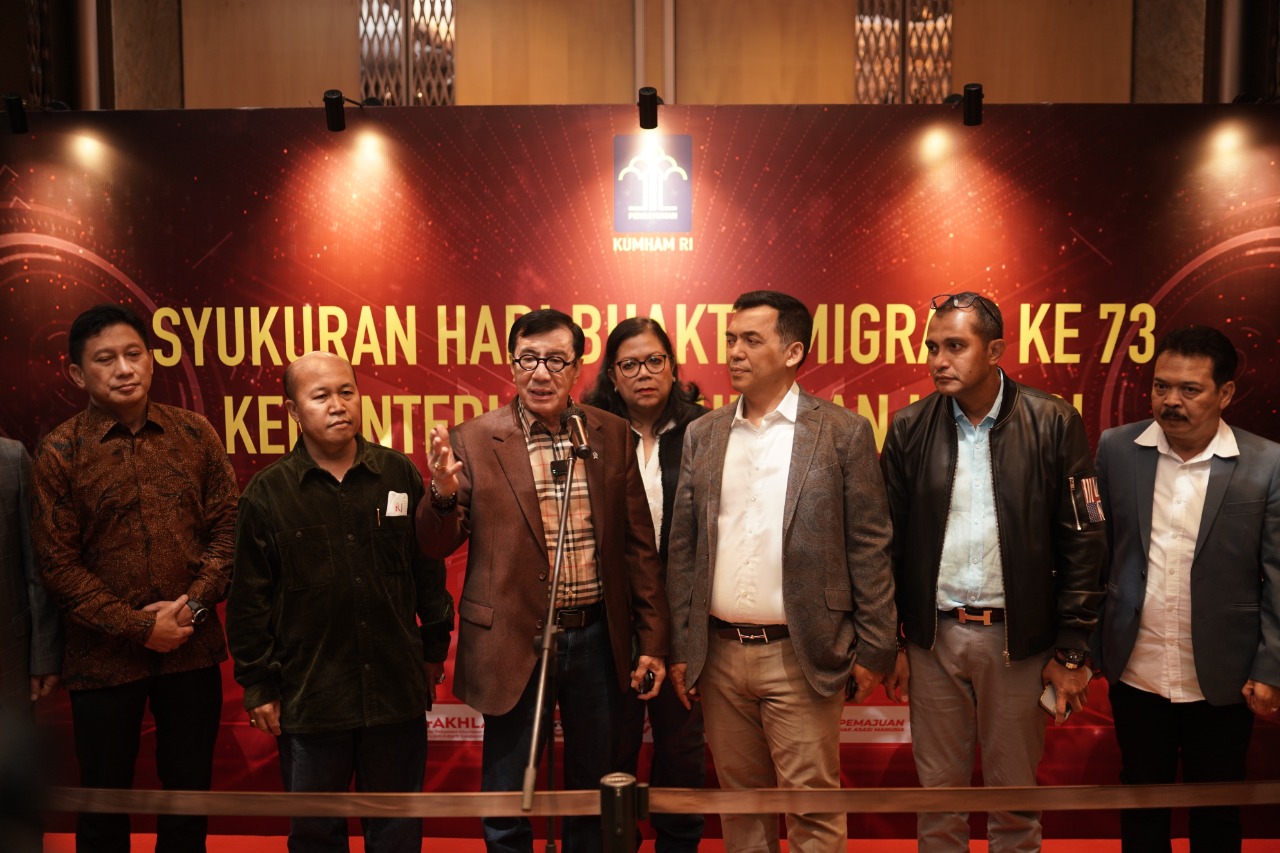 PRESS RELEASE: Foreign Nationals can Now Directly Apply for a Visitor Visa and Its Extension on the Molina Immigration Website

Jakarta: Foreign nationals can apply for a Visitor Visa for Tourism and Pre-Investment at molina.imigrasi.go.id starting Thursday, 26 January 2023. Along with the Indonesian Immigration Anniversary - which is celebrated as Immigration Service Day (HBI) 73rd, the Directorate General of Immigration (DGI) launched this new service, which comes with an online payment method.

"In addition to applying for a Visitor Visa for Tourism and Pre-Investment, foreigners can extend their Electronic Visa on Arrival (e-VOA) through the Foreigners Exit-Entry Module (Molina) website. Payment can be made using a Visa, Mastercard, or JCB credit or debit card. That way, foreigners can complete their visa applications in one process. This is one form of digitalization of public services that the Directorate General of Immigration is promoting,"
explained the Director General of Immigration, Silmy Karim, Thursday (26/01/2023).

Formerly, foreign tourists holding e-VOA had to reach the immigration office to apply for an extension of their stay permit. With this new service, foreign tourists will be more comfortable enjoying their holiday and leisure time because they can process everything anywhere and anytime, simply by using a smartphone and an internet network.

"Foreigners can apply for a Visitor Visa for Tourism and Pre-Investment without requiring a sponsor or deposit money. This service is expected to encourage tourism and investment sector growth. Immigration makes it easy for global business people and investors to explore and review potential investments before investing in Indonesia," said Silmy.

To apply for a Visitor Visa for Tourism, Pre-Investment, or e-VOA, foreigners must register an account at molina.imigrasi.go.id. After logging in, the applicant can fill out the form provided and upload the required documents. Suppose all data is confirmed to be valid. In that case, the applicant can complete the payment by following the guidelines detailed on the website. Next, the visa will be sent electronically to the foreigner's email address.

"I hope that all our efforts will contribute to the nation's progress and strengthen the country's positive image from the forefront. We are also accelerating immigration services that pay attention to people's needs through data-based analysis. It also increases digital insight to Immigration employees," he concluded. 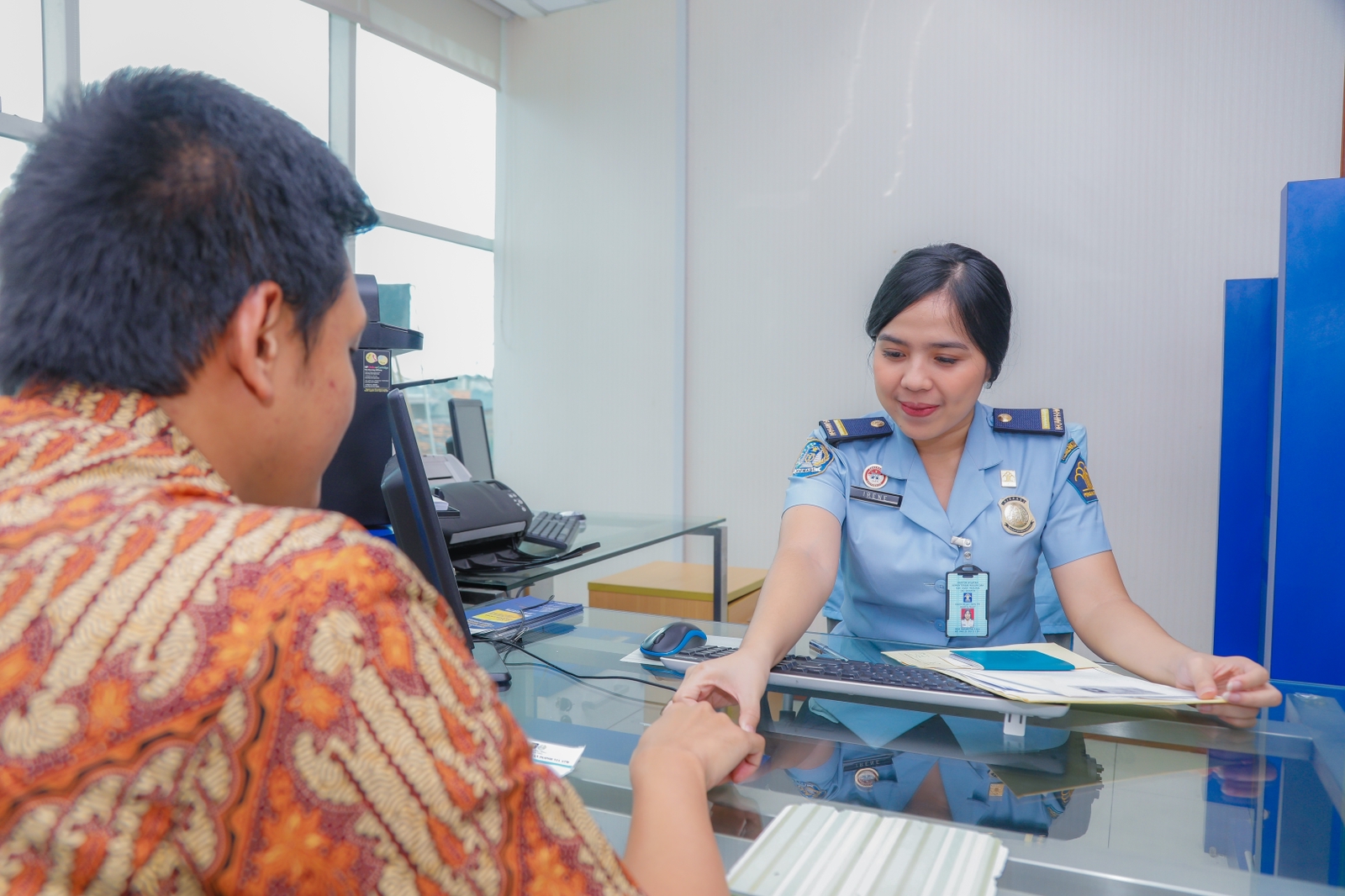 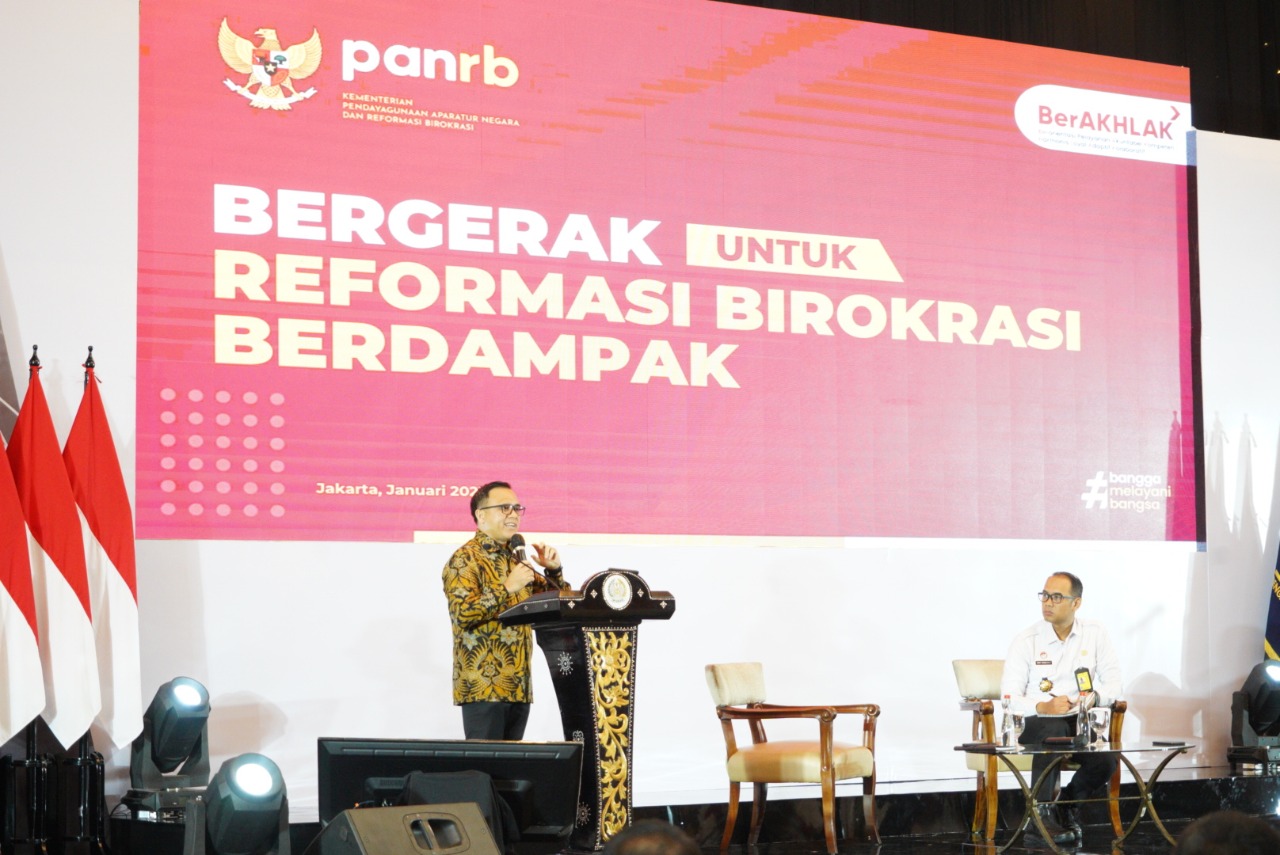 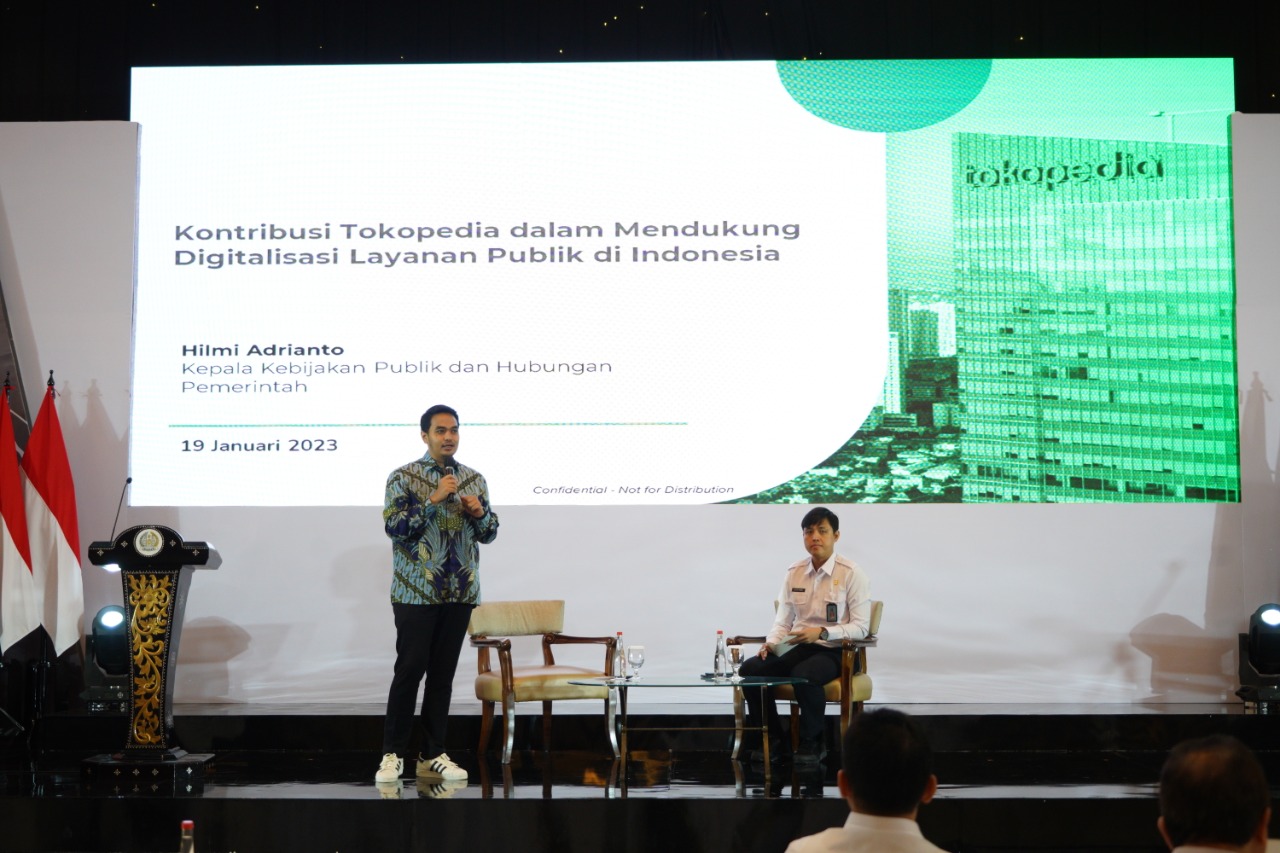 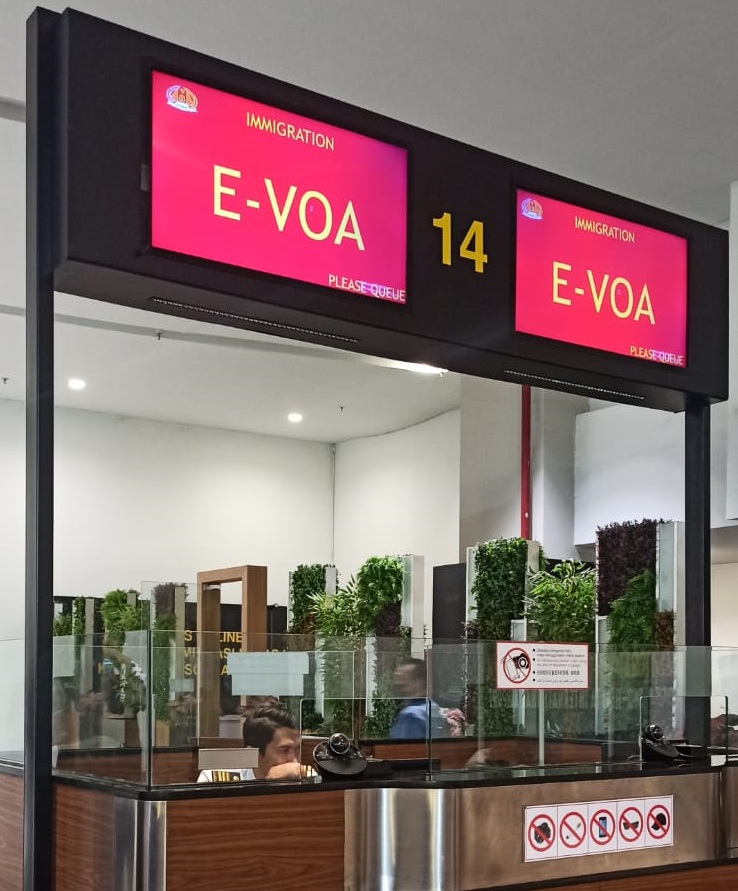 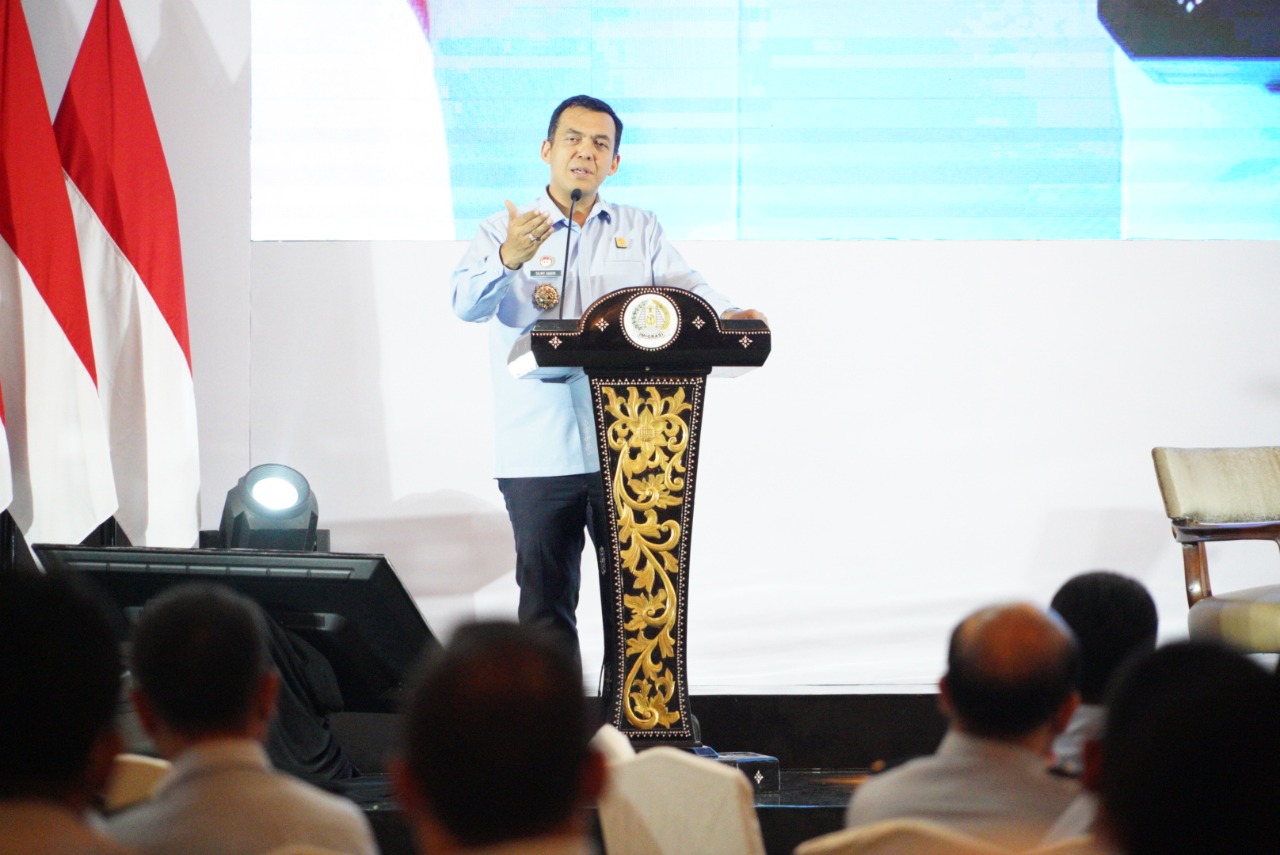 Jakarta: Director General of Immigration Silmy Karim urges all stakeholders of agencies to realize upstream-to-downstream digitalization within Indonesian Immigration. In the briefing delivered at the National Evaluation and Coordination Meeting (REKN) on the 73rd Immigration Service Day series events, Silmy said Immigration made specific communications with Angkasa Pura regarding the management of auto gates at international airports.

"Immigration must be shifting, meaning we are digitalizing, focusing on contributing to the economy through satisfactory and user-friendly services. Digitalization will also be weighty in law enforcement, surveillance, and immigration intelligence. That way, Immigration's strength in guarding Indonesia's border will be even more solid," said the Director on Wednesday (18/01/2023) afternoon.

Immigration also coordinates and assembles various preparations for implementing the Golden Visa. This visa is a new form of the Second Home Visa, targeting international investors, business people, global talents, and international elderly tourists who meet the criteria. The Golden Visa is a 'golden ticket' for potential individuals from various countries to develop capital, leading to increased employment opportunities and national economic development.

"Paying for online visa extensions, online stay permits, and overstays, I hope in the future, can be done using a credit card. This payment mechanism needs support from related agencies to implement the program. We will try to discuss it further," he said.

Apart from conveying the progress of the programs being implemented, Silmy expressed his high hopes to the heads of the Immigration Office and the Immigration Board of Directors, who were present. According to him, it is not impossible that one day all immigration services will be available digitally and can even be stored in the application.

"I dream that one day Indonesian Immigration will be significantly advanced, evolving as a good model for other countries. I hope that one day our passports will be able to use an application so that it will be even easier. The physical passport is still there, but it can also be represented by an application, for example, using a QR Code, as in Qatar. At the airport, there is also a fast auto gate to lessen dependence on humans," he said.

"Later, we will prepare some programs (immigration services) allowing foreigners to enjoy holidays and do business in Indonesia. We will continue to develop big data and particular supporting systems," he concluded.

On this occasion, the Director General of Immigration also conveyed his initiative to improve the interest of Immigration employees. Silmy is currently establishing communication with stakeholders regarding the use of budget, IT, and employee welfare with the hope that this can be implemented at Immigration.

"Finally, President Joko Widodo specifically asked me to learn more about Immigration in the United Arab Emirates (UAE). I will explore their privileges, in addition to Immigration in Qatar and Singapore which I will also use as a reference to bring Indonesian Immigration to the forefront," he concluded.

Public Relations of the Directorate General of Immigration