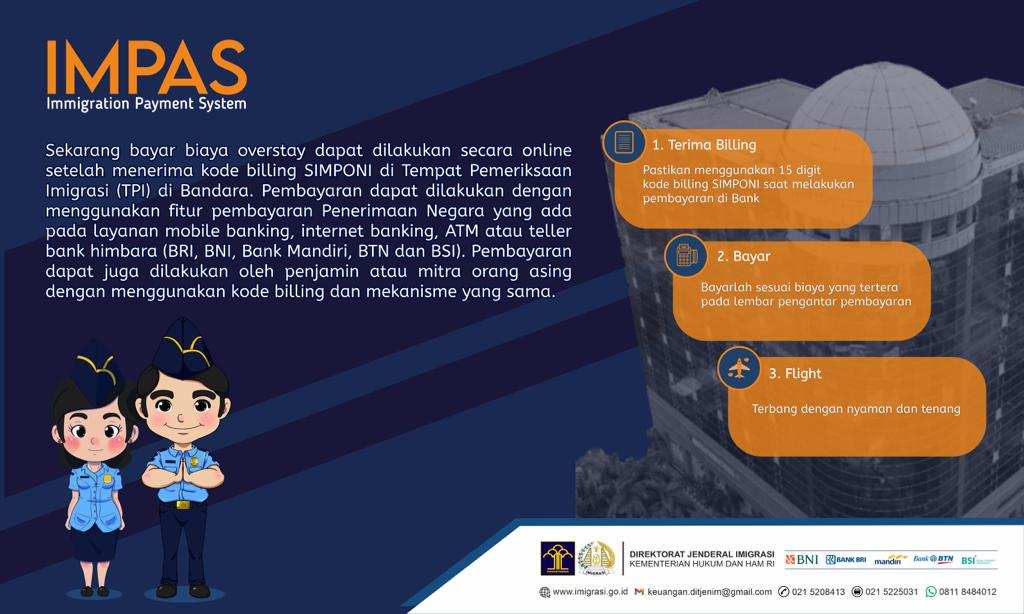 The Directorate General of Immigration (DGI) facilitates foreign nationals paying overstay fees by building the Immigration Payment System (IMPAS). Through IMPAS, foreigners or their sponsors can pay online after receiving the SIMPONI billing code at the Immigration Border Control at the airport.

Himbara is an acronym for Himpunan Bank Pemerintah or the Association of State Banks, consisting of BNI, BRI, Bank Mandiri, BTN, and BSI. Jayanta said that payments could also be made by sponsors or foreigners' companions using the same billing code and mechanism.

The following are steps for foreigners paying overstay fees through IMPAS:

1. immigration officer verify data of foreigners that are detected overstay by the system;
2. Sponsors receive payment billing from the system which integrated with SIMPONI;
3. Sponsors make payments to the bank according to the amount stated on the payment bill;
4. Sponsors receive a slip of payment after being confirmed by the perception bank;
5. Foreigners can exit the Indonesian Territory.