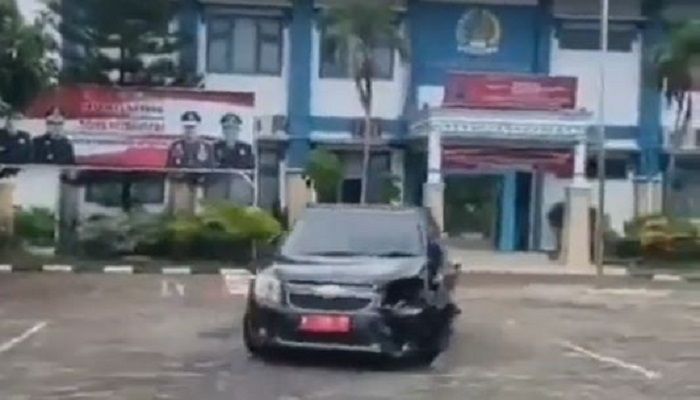 Surabaya IDC chases a palestinian detainee fled with a car

A Palestinian detainee with the initials MDH escaped from Surabaya Immigration Detention Center (IDC) on Sunday (02/01/2021). It happened at 12.04 WIB when officers were about to close the detention cell doors. The 41-year-old man fled with the facility’s official car through the inner fence.

The Public Relations Subcoordinator of Directorate General of Immigration (DGI), Achmad Nur Saleh, explained that the incident began when officers were about to put detainees into cells. At that time, the detainees reasoned with each other and bought time to enter their respective cells. This diverted the officers’ attention from MDH.

"When the officers were distracted by another detainee, Moin was already in front of the A1 cell and was about to escape through the inner fence. When they found out that the detainee was about to run away, the officers immediately chased him and caught him while trying to get on the officer's motorbike. So, there was a fight between the detainee and officers," he said.

However, unable to physically resist the detainee who were about to flee, one officer ran to close the perimeter gate and then went to the security post to close the front gate. Meanwhile, another officer entered the Security Room to get a truncheon to secure the detainee.

“The two officers were unable to physically resist MDH. The detainee then rushed to take the key to the Chevrolet N1030SP and drove the car by crashing it to the gate until he managed to get out of the Surabaya IDC," said Achmad.

MDH's actions have been reported to the Pasuruan Police, East Java. MDH is charged with Article 365 of the Criminal Code regarding Theft with Violence. Until now, the Surabaya IDC together with the Pasuruan Police and Bangil Police continue their pursuit and search.