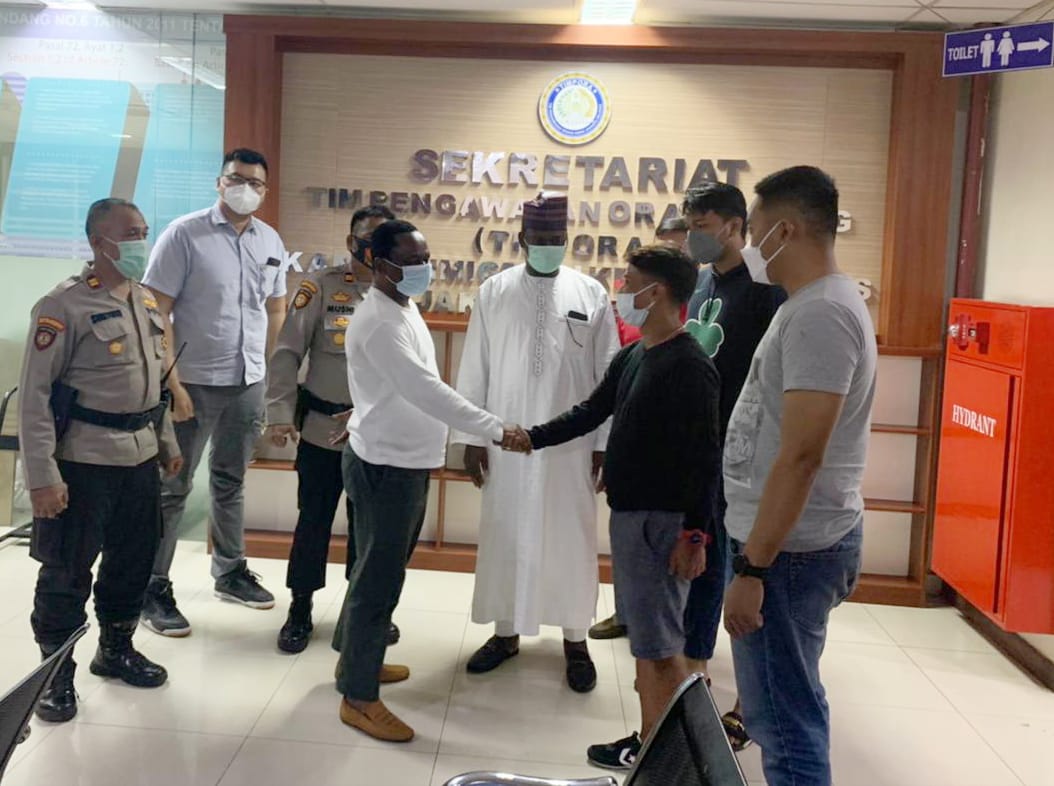 Accused of Violence Against Nigerian Diplomats, Immigration Clarifies It Was Officers Who Experienced Beating

Jakarta – Head of the Regional Office of the Ministry of Law and Human Rights DKI Jakarta, Ibnu Chuldun, clarified a viral video of allegations of violence carried out by officers of the South Jakarta Special Immigration Office against a Nigerian diplomat on Saturday (7/8/2021) which went viral on social media. According to Ibnu, it was the Nigerian diplomat who acted arrogantly and first beat the Immigration officers.

“It was the Nigerian foreigner who beat our officers while on their way to the immigration office. The person concerned was brought to the office for being uncooperative by rebuking the officer who was checking the documents and even challenging him to be arrested,” Ibnu said in a statement to reporters, Tuesday. (10/8/2021).

“As a result of the beating, one of our officers suffered a swollen and bleeding wound on the left lip and this can be proven from the results of the post-mortem carried out on our officers. After the beating, our officers then held the foreigner. So, what is seen in the video Instead, our officers are trying to prevent the Nigerian foreigner from committing violence or anything he doesn’t want,” he said.

As explained by Ibnu, this incident started from information received by officers regarding a group of foreign nationals who allegedly had their stay permits expired and were staying at a hotel in South Jakarta. Officers then went to the location where the foreigners were staying because they were suspected of planning to hold a party at the hotel on Saturday afternoon.

The hotel staff informed that the foreigners had checked out and moved to an apartment which was still located in the South Jakarta area. Officers then went to the apartment and found a foreigner in the apartment lobby.

“When the officer asked for his passport and identity, the foreigner was angry and did not want to hand over the document. He also had time to rebuke the officer and even challenged him to be detained. Because he was uncooperative, he was finally taken to the immigration office,” Ibnu said.

“On the way to the office, the officer in question beat our officer so he had to be held. He kept shouting all the way and until he arrived at the immigration office he was still screaming. In fact, the officers did not use violence against him. After being questioned, he finally admitted that he was a diplomat. by submitting the Nigerian Embassy Diplomatic Card,” he said.

Ibnu hopes that the clarification conveyed by his party can clear up the various accusations addressed to his party. He also said the problem had been resolved amicably after the Nigerian Ambassador, Ari Usman Ogah visited the South Jakarta Immigration Office in the evening accompanied by police officers from the Directorate of Vital Object Security of the Metro Jaya Police.

“This incident really didn’t need to happen if the foreigner had been cooperative with the officers from the start and was open to his status as a diplomat. We hope that this explanation can at the same time clarify the accusations circulating on social media against our officers,” said Ibnu.

“After the mediation process and listening to the chronology of events from both parties, finally that evening the officer and the foreigner agreed to settle amicably. Both parties acknowledged that there had been a misunderstanding and agreed to make peace witnessed by the Head of the South Jakarta Immigration Office and the Nigerian Ambassador,” he concluded.